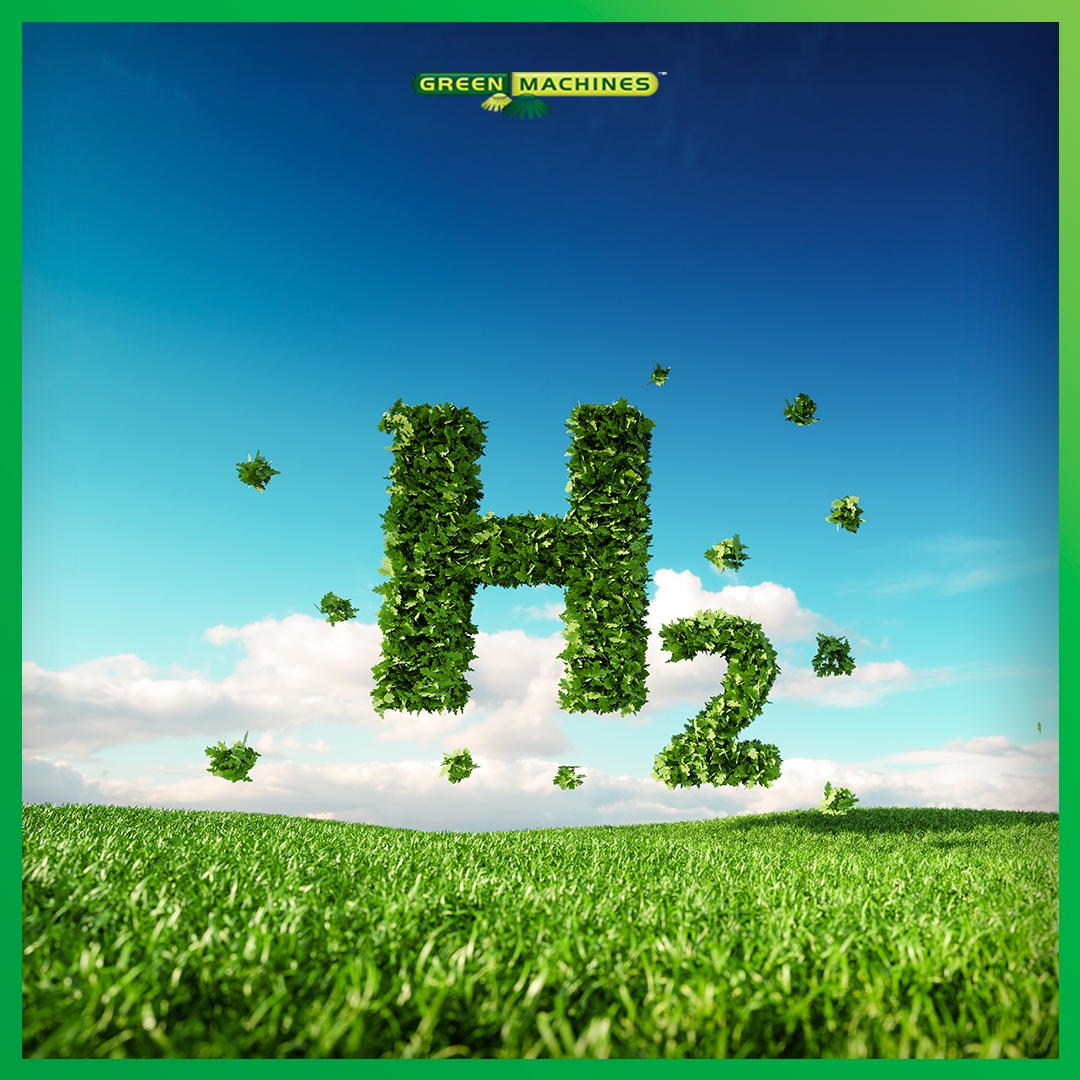 It has been frequently pointed out that 20/20 is the decade of decarbonization, but the reality is that while we still use fossil fuels and offer batteries as the only replacement for them, we will never secure a clean future. That being said, it doesn’t mean that batteries don’t play a major role in the decarbonization process, because they do, but will it be enough to completely squeeze out the use of fossil fuels? We believe Australia’s green hydrogen strategy shows us that green hydrogen will also be a major player in this process.

Hydrogen fuel cells can power electric cars and trucks or sweepers like our 500H2, but it could be a game changer if it is used to decarbonize industries like steel making and shipping. The concept of green hydrogen has been around for decades but making it isn’t cheap. Currently, nearly all hydrogen comes from a process that emits carbon dioxide into the atmosphere, but the important thing is that hydrogen can be produced in an environmentally-friendly manner and that’s what Australia and other countries around the world are focusing on. The cleanest method of H2 production is hydrogen generated by the use of renewable energy sources which do not create any emissions – this is referred to as “green” hydrogen.

As the push to net-zero emissions accelerates globally, electricity generation is shifting from fossil fuels to renewable sources such as wind and solar. The use of these sources to generate electricity is being supported by the construction of large-scale batteries and pumped hydro projects.  This shift is occurring in Australia as it is in other developed countries. Support to develop a world-class green hydrogen industry in Australia is growing at both federal and state government levels. The Federal Government in particular has articulated a clear strategy in relation to green hydrogen and substantial sums are now being committed for research and development initiatives (Source: Gilbert + Tobin; 2021).

Few weeks back, Energy Minister Angus Taylor said that Australia sees green hydrogen and ammonia for power plants as the biggest near-term opportunity for developing a clean hydrogen industry in the drive to cut carbon emissions. Australia’s national hydrogen strategy aims to place it among the top three hydrogen exporters to the Asian region by 2030. In the near future, green hydrogen offers the quickest path. In its biggest bet so far on green hydrogen, the Australian Renewable Energy Agency this month awarded a A$42.5 million grant to Norway’s Yara International SA (YAR.OL) and France’s Engie SA (ENGIE.PA) to build a renewable hydrogen plant to make green hydrogen. Due to be completed in 2023 with a 10 megawatt (MW) electrolyzer, the plant would be one of the world’s first industrial-scale renewable hydrogen production operations.

Australia’s green hydrogen push comes as Japan aims to use 3 million tons of ammonia each year by 2030, to help cut carbon emissions from coal-fired power plants. According to a research from Markit IHS, annual global investments in green hydrogen are on track to exceed US$1 billion by 2023 as production costs fall and governments increase their support for the technology. The research also points out that investment in electrolysis “is booming around the world” and forecasts operating capacity of more than 23GW to be developed by 2030. This only proves that Australia’s endeavors are on point! 😊

Another noteworthy information about Australia’s green hydrogen strategy is the potential they’re exploring for transporting green hydrogen from Australia to Germany. Last year the Victorian Government pledged $108 million of its budget to the emerging renewable hydrogen industry in a record $1.6 billion investment to accelerate the development of cutting-edge energy technologies (Source: www.premier.vic.gov.au).

So, what do you think about Australia’s green hydrogen strategy? 😊 Is your country doing something similar or maybe they are planning to start in the near future? We are extremely pleased that governments around the world are noticing the potential green hydrogen has in terms of the decarbonization process and investments in green hydrogen are giving us all hope that our future could really become cleaner and greener. If we work on advancing existing technologies such as battery-powered vehicles, green electricity and green hydrogen, it seems that the zero-emissions world we all hope for is not just a dream anymore. Keep up with us and our latest innovations at www.greenmachines.com and never miss a thing!