A HYDROGEN FUEL CELL SWEEPER CAN HELP YOUR CITY 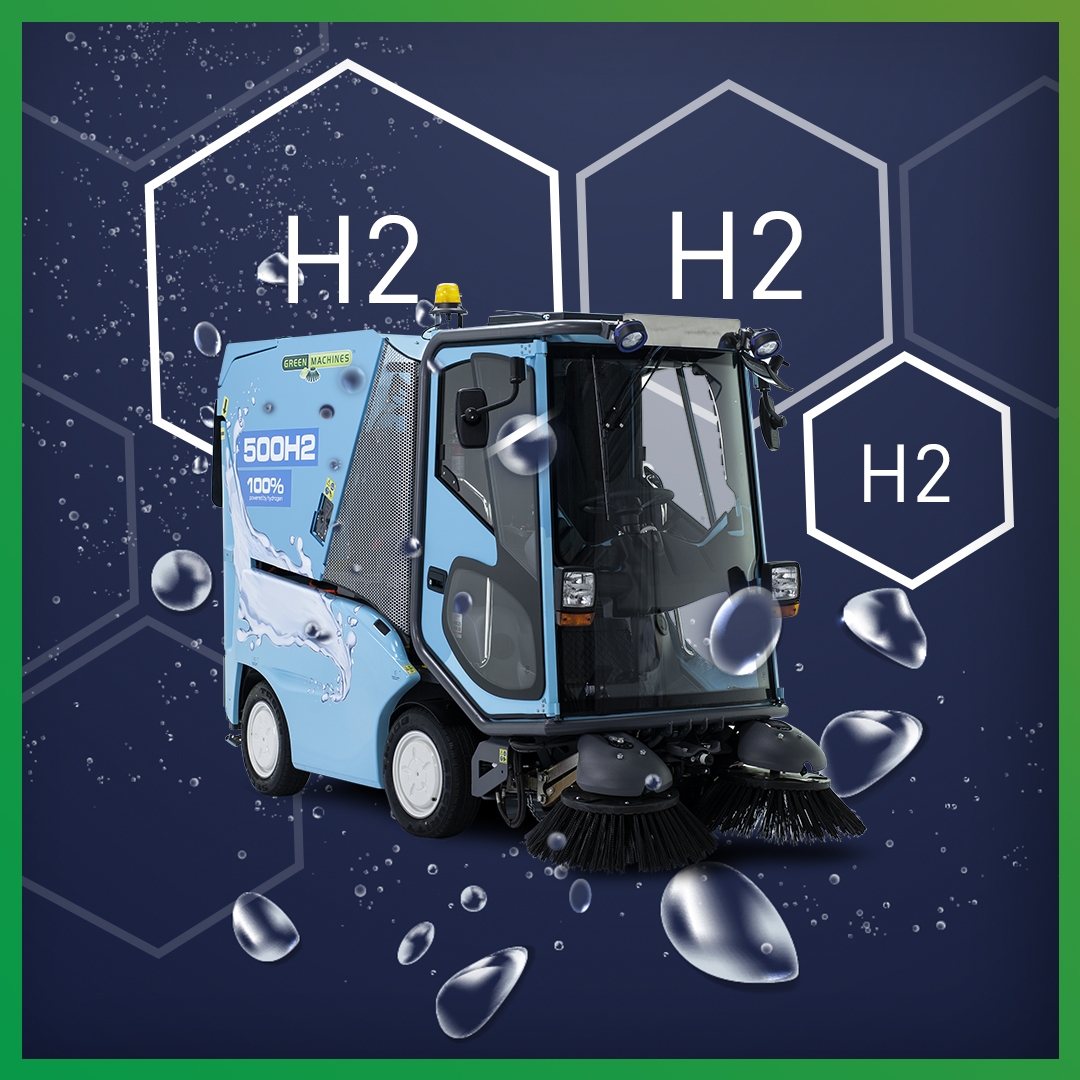 We are aware that hydrogen power is a new technology and only a small number of cities have the necessary infrastructure for refueling the fixed hydrogen tank. However, we also believe every smart city should have hydrogen stations. In the meantime, we have come up with a great solution for every city that wants to be smart and wants to go green, even though they lack the required infrastructure. The GM 500H2 comes in two types. Besides the one with the fixed tank, we offer the model GM 500 H2 with an H2-POD cartridge system, with replaceable pods that can be easily used in the cities without hydrogen stations or where the transit distances are simply not feasible. This can help your city go green and be smart on a whole new level!

Too many large sweepers are being used to clean pedestrian areas, burning large amounts of fuel or energy and disrupting the citizens at the same time. We believe it should be the other way around – do not disrupt the citizens and be as efficient and sustainable as possible. We also know that the 2m3 segment is the largest sweeper segment in Europe and many cities have traditionally used 2m3 machines to sweep their city centers. However, our research and direct customer feedback show a desire to embrace the use of smaller, more compact, more mobile and more environmentally-friendly sweepers due to the high weight of 2m3 sweepers that has a negative impact on the pavement, especially in historic city centers. That is a problem you won’t have with our 500 H2 because it is small, light, safe, compact, stable and comfortable for the operator. Our current clients love the 500 series. Another major incentive to replace the 2m3 sweepers with our 500 H2 is the fact that replacing a 2m3 sweeper with only one of our 500 H2 removes CO2 emissions equal to 50 cars and that says a lot!

The GM 500 H2 is cost efficient. It will lower your service and daily maintenance due to the absence of an engine, filters, oil, etc. And if you already have a hydrogen infrastructure in place there are no extra costs for operating the 500H2 except for the fuel costs itself. Plus, refilling the tank (if you do have H2 infrastructure) takes only a few minutes which is a major advantage compared to battery-powered sweepers. Sometimes going green means, you are indeed paying a “green-fee” in the start-up phase, but despite that we choose to lead the way in creating better and sustainable solutions and we are confident that smart cities will follow us to lead by example.

The innovative GM 500 H2 is targeted at local authorities and city cleaning departments for use in city centers, schools, public buildings and parks but will also enable major retailers to achieve their ambitions for lower carbon footprints. Fundamentally these working machines operate in and on pedestrian precincts and areas, so they cannot be intimidating, they must be ‘pedestrian or people friendly’. They are designed to be ‘invisible’ and almost completely silent, which extends the working hours to later in the day or night.

GM 500 H2 will help you run a more cost-efficient and environmentally-friendly cleaning operation anywhere in your city. If you want to learn more about the ways a hydrogen fuel cell sweeper can help your city, feel free to contact us here at www.greenmachines.com or via email at office@greenmachines.com.